Instructuarius per me descriptus Stanislaum Piniecki Anno Domini 1691 Die 26ta februarij Oblatus M[agno] Domino D[omi]no Danieli Zarugowicz Thelon[eatori] S[acrae] R[egiae].M[aiestatits] et R[ei] Pub[li]cae Superintendenti Anno Domini 1692.
This is the full title of the manuscript recently purchased for the collection of the Research Centre for Armenian Culture in Poland. It is a unique relic of the history of international trade and customs policy in the Kingdom of Poland at the turn of the eighteenth century. It was drawn up in 1691 for Daniel Zarugowicz, a Polish Armenian, who served as a superintendent of the Russian and Podolian customs authorities. There are few surviving artefacts of the Polish Armenians and even fewer in the collections of Polish libraries and archives, which makes the Library of the Research Centre for Armenian Culture in Poland particularly delighted to have acquired a valuable artefact of the history of Polish Armenians. The item in question is the manuscript book Percepta et expensa (1762-1804), which belonged to one of the pious confraternities operating at the Armenian Catholic Cathedral in Mohylów Podolski. In Kraków, conservation work is underway to restore a collection of portraits of Armenian Benedictine Sisters from Lviv, which were in the possession of the Latin Benedictine Sisters convent of St. Joseph in Wołów in Silesia and were donated to the Foundation for the Culture and Heritage of Polish Armenians in Warsaw. The work is being carried out by Ms. Jolanta Pollesch, Head of the Conservation Department of the Jagiellonian University Museum. The first images of the prioresses, until recently cracked, with many cavities, blackened and dirty, have already regained their former colour, shine and form. They are a valuable relic of the cultural heritage of the Polish Armenians. We invite you to another meeting from the series My Armenia, My Armenians. This time our guest will be Tisa Żawrocka-Kwiatkowska. For twenty years, she has been running the Gajusz Foundation, a hospice for terminally ill children and a pre-adoption centre. Since her birth, she has counted herself among the citizens of Łódź, although her heart and soul is also connected with Armenia. She is the initiator of many charity and aid activities addressed to Armenians. In 2010, she created a network of home hospices in Yerevan and surrounding towns. She is responsible for implementing the Polska Pomoc [Polish Aid ] programme in Armenia, which is organised under the auspices of the Polish Ministry of Foreign Affairs. She regularly visits Armenia, not only professionally but also as a tourist. One of her favourite Armenian regions is certainly Gorny Karabakh, whose inhabitants were attacked by Azerbaijani troops on 27 September. Co-author of the film The Weather is Better in Baku. After a long break due to anti-pandemic regulations, we have returned to organising the monthly seminars by the Research Centre for Armenian Culture in Poland. This time, the main topic was the issue of the research potential of an important and recently-published source on the history of the Armenians in Lviv – Jasachy gminy Ormian lwowskich za lata 1598-1638 w języku ormiańsko-kipczackim w opracowaniu Krzysztofa Stopki. [Yasaks of the Lviv Armenian community for the years 1598-1638 in the Armenian-Kipchak language in the study by Krzysztof Stopka]. It was published as volume two of the series Pomniki dziejowe Ormian polskich [Historical Monuments of Polish Armenians]. It is published by Księgarnia Akademicka [the Academic Bookstore] in Kraków and the editor of the series is the Foundation for the Culture and Heritage of Polish Armenians in Warsaw. 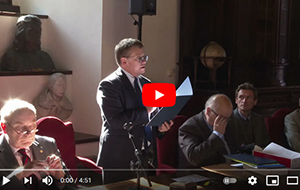 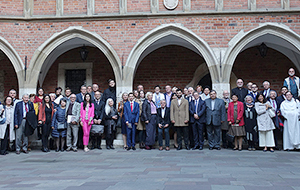 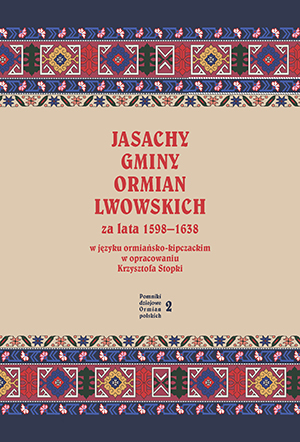 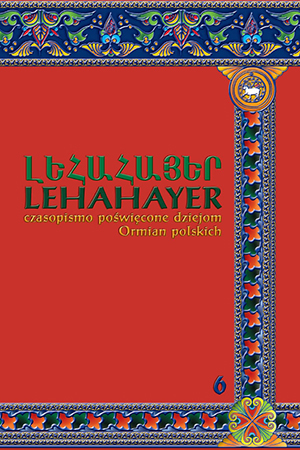