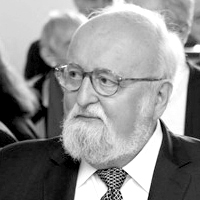 Krzysztof Penderecki, the world-famous Polish composer, conductor and teacher, died in Kraków on 29 March 2020. He came from a family with Armenian roots, which he referred to on several occasions in recollections of his grandmother, Eugenia Szyłkiewicz. In an interview he granted to Mark Grigorian, he said:

‘At home at my grandmother’s everything was arranged and prepared according to Armenian tradition, although she didn’t speak the language. She was born in eastern Poland, in Stanisławów. I remember her well. She was a wonderful person and very warm – as well as being a caring grandmother. We were very close.’

On his connections with Armenia he added: 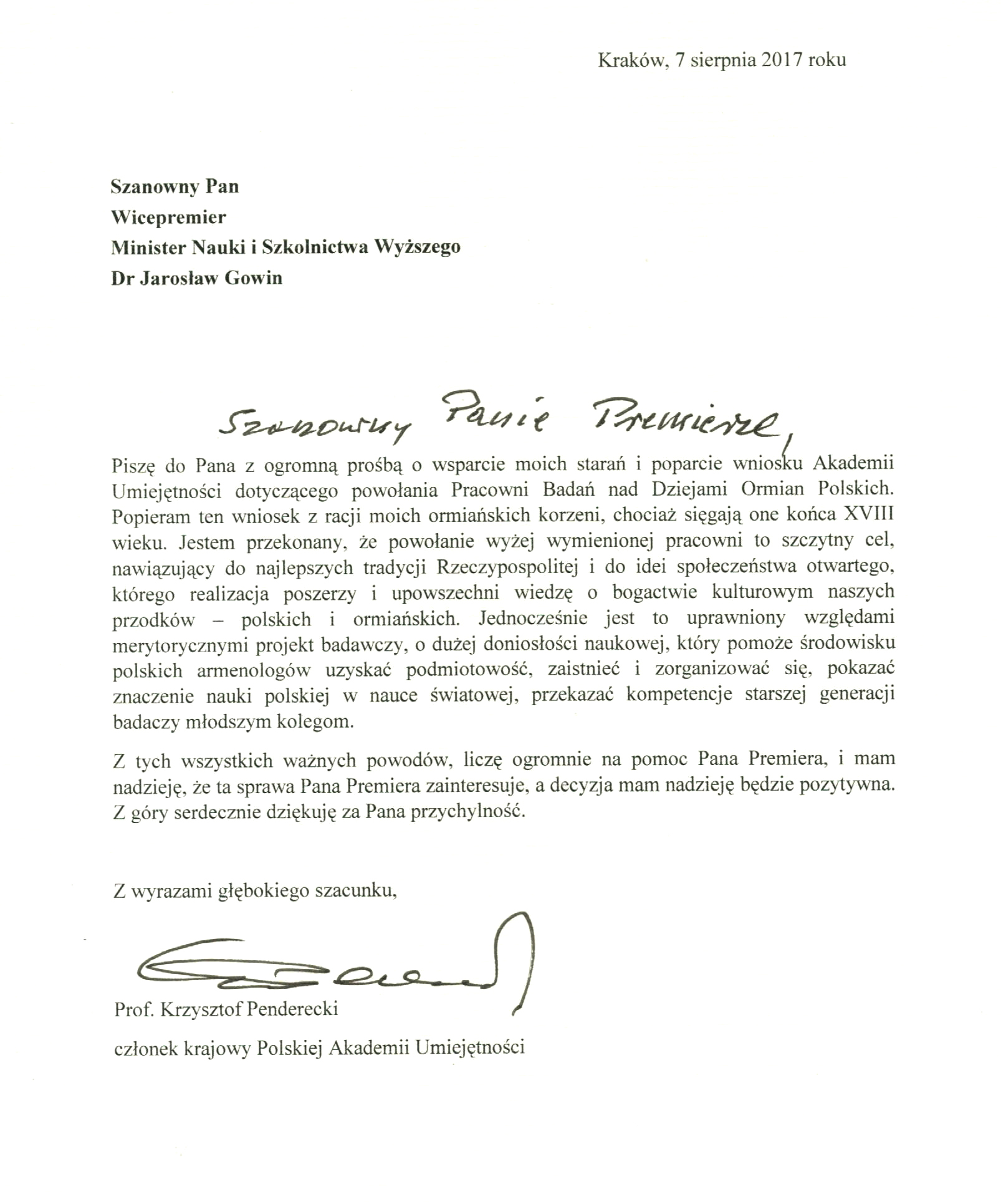 Krzysztof Penderecki also recalled his Armenian roots, which reach back into the eighteenth century, in a letter of 7 August 2017 to Dr Jarosław Gowin, the Minister of Science and Higher Education and Deputy Prime Minister, which he wrote to support the idea of establishing a research centre devoted to the Polish Armenians – an idea that came to fruition in the form of the Research Centre for Armenian Culture in Poland. This letter, and an article by Professor Andrzej Pisowicz on the Armenian-Persian roots of the Penderecki family, which was published in 2019 in the sixth annual edition of our journal, Lehahayer, appear below.

Krzysztof Penderecki visited Armenia on several occasions. His works were performed there and he was also invited to the country to conduct. He was extremely popular in the land of his forebears. In 2009 he received the Order of Honour of the Republic of Armenia and in 2013 the Medal for Services to the Motherland (first class). A regular festival dedicated to Penderecki’s music takes place in Yerevan.

He composed a mixed choir a cappella piece to the Latin text of the psalm Domine quid multiplicati sunt on the hundredth anniversary of the genocide of the Armenians in the Turkish Empire. It was first performed on 26 May 2015 at the Stern Auditorium (Carnegie Hall) in New York by the Hover State Chamber Choir of Yerevan under the baton of Sona Hovhannisyan. Penderecki conducted a further performance himself in September of that same year in Montreal (Maison symphonique).

The Hover State Chamber Choir have also sung pieces by Krzysztof Penderecki in Poland: in 2015 at Royal Castle in Warsaw (at the invitation of the ambassador of Armenia, who was then Edgar Ghazaryan) and in 2018 in Kraków as part of the celebrations for the composer’s eighty-fifth birthday. The works he performed on that occasion, when he appeared with the Cracow singers and the Sinfonietta Cracovia, included his masterpiece Te Deum.

Krzysztof Penderecki paid his final visits to Armenia in 2018: first in February for the festival of his music, which was being held under the honorary patronage of the First Lady of Armenia, Rita Sargsyan, at the Aram Khachaturian Concert Hall in Yerevan, and then in June as honorary leader of the jury for the fourteenth Aram Khachaturian International Competition. Condolences following the composer’s death were sent by the current president of Armenia, Armen Sarkissian, and his wife, as well as by Prime Minister Nikol Pashinyan and the previous president, Serzh Sargsyan. 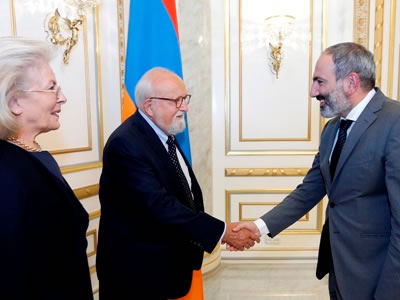 The prime minister of Armenia, Nikol Pashinyan, met Krzysztof Penderecki and his wife in Yerevan on 15 June 2018
(source: news.arm)