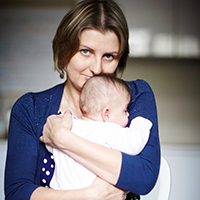 We invite you to another meeting from the series My Armenia, My Armenians. This time our guest will be Tisa Żawrocka-Kwiatkowska. For twenty years, she has been running the Gajusz Foundation, a hospice for terminally ill children and a pre-adoption centre. Since her birth, she has counted herself among the citizens of Łódź, although her heart and soul is also connected with Armenia. She is the initiator of many charity and aid activities addressed to Armenians. In 2010, she created a network of home hospices in Yerevan and surrounding towns. She is responsible for implementing the Polska Pomoc [Polish Aid ] programme in Armenia, which is organised under the auspices of the Polish Ministry of Foreign Affairs. She regularly visits Armenia, not only professionally but also as a tourist. One of her favourite Armenian regions is certainly Gorny Karabakh, whose inhabitants were attacked by Azerbaijani troops on 27 September. Co-author of the film The Weather is Better in Baku.

Tisa Żawrocka-Kwiatkowska will visit us this coming Saturday, October 31st, 2020, at 4 pm. The conversation will be broadcast live on the Facebook page of the Research Centre for Armenian Culture in Poland:  https://www.facebook.com/watch/?v=581794672566837.  Please join us!