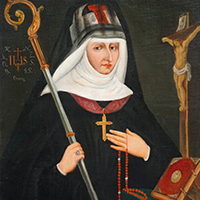 In Kraków, conservation work is underway to restore a collection of portraits of Armenian Benedictine Sisters from Lviv, which were in the possession of the Latin Benedictine Sisters convent of St. Joseph in Wołów in Silesia and were donated to the Foundation for the Culture and Heritage of Polish Armenians in Warsaw. The work is being carried out by Ms. Jolanta Pollesch, Head of the Conservation Department of the Jagiellonian University Museum. The first images of the prioresses, until recently cracked, with many cavities, blackened and dirty, have already regained their former colour, shine and form. They are a valuable relic of the cultural heritage of the Polish Armenians.

This is how the eminent Polish cultural historian from Lviv, Mieczysław Gębarowicz, characterised them: ‘they are a worthy counterpart to the [Armenian] archbishops’ gallery, mainly by an unknown but not second-rate brush, they are not generally devoid of artistic value, and thanks to their characteristic approach, they sometimes possess much expressive power’. While the aforementioned gallery of portraits of Armenian-Catholic archbishops remained in the Lviv collection after World War II, the images of the nuns came to Poland. Their renovation is currently one of the most important projects of the Foundation for the Culture and Heritage of Polish Armenians.

At the same time, archival research and library searches are being conducted to learn about the lives of the nuns presented in the portraits and the history of their rule in the Lviv convent. Each of them will receive a biographical note in the Encyclopaedia of Polish Armenians planned by our Centre. After the conservation is completed, the paintings will be presented at two exhibitions, first in Kraków and then in Warsaw. They will be accompanied by a catalogue. 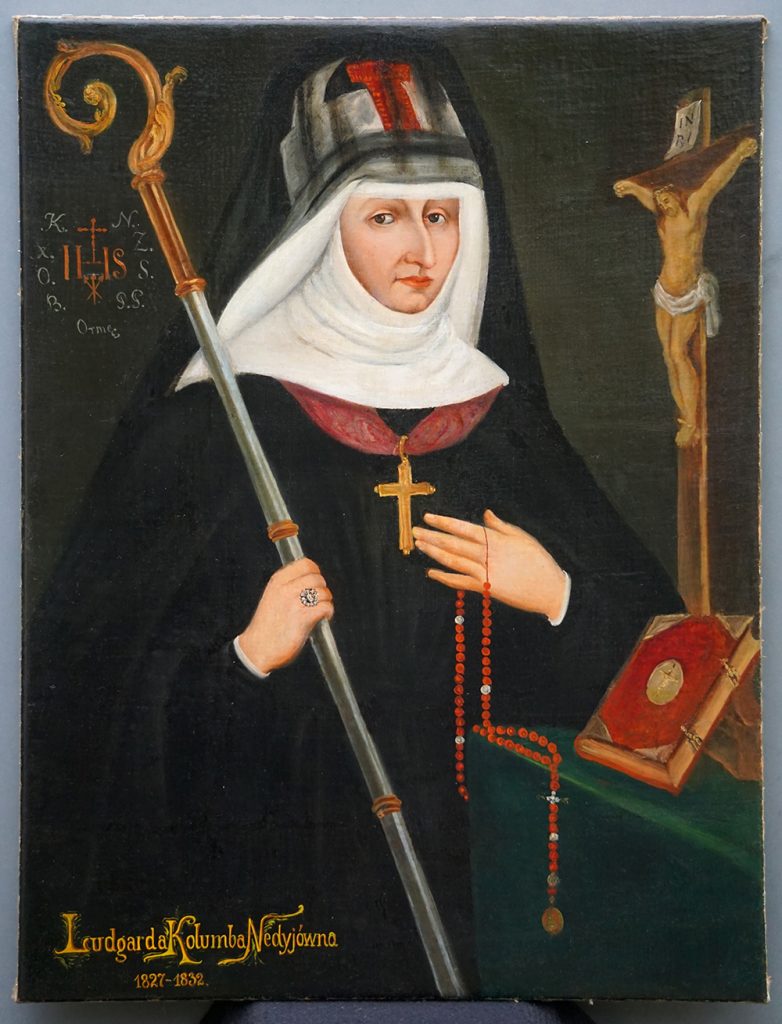 Courtesy of Ms. Pollesch, we are pleased to present one of the already-renovated portraits here. It depicts Ludgarda Columba Nedyovna (Nedey, Nadey). Born in Horodenka, she was the daughter of Deodat and Hripsime. On 14 January 1758, she was baptised as Marianne Anna by Fr. Lazarus Kirkorowicz, Vicar of the Horodenka parish. The godmother was Szyren Torosowa. She entered the novitiate on 13 December 1772 – at a time, therefore, when Lwów (by then Lemberg) had been under Austrian rule for three months following the first partition of Poland. She took her vows on 22 November 1778. From 1790 she was a teacher at the ‘school for maidens’, run by the convent. The eighth in line, the prioress was elected in 1827 and remained prioress until her death on December 6, 1835. Her reign came at a time of top-down bureaucratic regulations, administered from Vienna, which complicated the running of a girls’ school, which enjoyed a great reputation among families in Galicia. S. Barącz, Żywoty sławnych Ormian w Polsce [Lives of Famous Armenians in Poland], Lviv 1856, pp. 469-470, 475; W. Chotkowski, Historia polityczna dawnych klasztorów panieńskich w Galicyi. 1773-1848 [The political history of the former convents in Galicia. 1773-1848], Kraków 1905, pp. 255-256; M. Borkowska, Leksykon zakonnic polskich epoki przedrozbiorowej: Wielkie Księstwo Litewskie i Ziemie Ruskie Korony Polskiej [Lexicon of Polish nuns of the pre-partition era: Grand Duchy of Lithuania and the Russian Lands of the Polish Crown], Warsaw 2004, p. 254; http://www.archiwum.ormianie.pl/archiwumk.php?strona=29

Andrzej A. Zięba writes of the history of the collection in the article
Kobiety z pastoralami: historia portretów ormiańskich benedyktynek
[Women with croziers: the history of Armenian Benedictine Sisters portraits],
Awedis, 2017, no. 31, p. 7.

Women with croziers: the history of Armenian Benedictine Sisters portraits