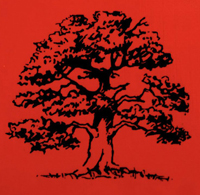 Following sittings on 8 February 2021 and 4 March 2021, the panel of judges of the XXVIII edition of the ”Przegląd Wschodni” (Eastern Review) prize for the best book of 2020, which was made up of the following eminent Polish history professors: Dorota Janiszewska-Jakubiak, Adolf Juzwenko, Maria Kałamajska-Saeed, Jan Malicki, Wojciech Materski, Lech Mróz, Andrzej Rachuba and Leszek Zasztowt, selected Dr Tomasz Krzyżowski, an employee of the Research Centre for Armenian Culture, as the winner in the category of domestic publications. The work in question, which is published by the Research Centre for Armenian Culture in association with the Foundation of Culture and Heritage of Polish Armenians and the academic publishers Księgarnia Akademicka, is entitled The Armenian Catholic Archdiocese of Łwów in 1902-1938

We extend our warmest congratulations to Dr Krzyżowski!

“Przegląd Wschodni” is a quarterly academic journal published by the Centre for East European Studies in the University of Warsaw. It was founded in 1990 and emerged, following delegalisation of the Solidarity movement, from circles associated with the movement grouped around the underground journal “Obóz”. The “Przegląd Wschodni” prize has been awarded annually since 1994. It is given to the best academic work on eastern European themes. It has an international ethos and is held in high esteem by scholars. As each year passes, it attracts greater attention from authors and from domestic and international publishers. Previous winners have been drawn from a variety of disciplines, including history, law, political science and ethnology and from various countries, such as Belarus, France, Germany, Lithuania, Russia, Sweden, Ukraine and the United States. Prize-winning books should ‘address novel themes and show their current relevance to public life’.